Cricket is our religion and Sachin is our God

Almost every Indian who has access to media and cricket would know the declaration by many die-hard fans that, “Cricket is their religion and Sachin is their God.” One can’t deny this. The three things which always flourish in India are religion, cricket and movies. Of course weddings can also be added to the list. Be it legendary players like Sunil Gavaskar, Kapil dev, Mahendra singh Dhoni , Rahul Dravid or the master blaster  Sachin Tendulkar, people worship all of them.


Even if hockey is our national game its cricket which strikes chord with the nation. People celebrate if the team wins and don’t mind using profanities and burning the effigies of their favourite players if the team loses. Our country is obsessed with their cricket stars and celebrities.  The coca cola tag line works for most of us in India which is – Eat Cricket, sleep cricket. Drink only Coca Cola.

Not long back, when I was in high school I remember my dad pasting the newspaper cut out on the cupboard. At first I thought it must be something related to office. Later I realised it is the time table of the test match series that season. I was surprised seeing the intensity of my dad’s passion for the game. The love for game was contagious at home. My mom who doesn’t know the C of the Cricket started learning the match. She understood what it means by no ball, run-out, clean bowled and many more things. We also understood what it means by body line bowling and match fixing. Our hearts always race when India plays with Pakistan. I still remember the news program where Kapil Dev had shed tears like a baby when he was accused of match fixing. Anything related to cricket is hot shot news and sells not for days or months but for years and centuries. From Azharuddin’s scandal to Sreesanth’s controversies every news is remembered by fans!

From test series to ODIs (One Day International matches) we slowly progressed to IPL expanded as Indian premiere league or you can call it Indian Paisevaalon’s league.  IPL became India’s cult. There was a big time amalgamation of entertainment and sports. If Dhoni danced along with SRK, Virat was hired by all ad agencies as they saw a potential model in him. All our cricket stars entered in to ads, no not only the boost or energy drinks ads which can be linked to the game but also the shampoo, soap and fairness cream ads. Come the month of April our cricket gods earn like never before with the help of IPL and we plan even our holidays as per the cricket schedule.  In every bus station, railway station and restaurant only the sports channel is on and people are glued to their television sets. Cine stars owning the IPL teams and sponsors shedding butt load of money make the IPL the richest event every year.
Almost everyone was heartbroken when Sachin declared his retirement from IPL somewhere in May 2013. It’s painful to hear that from the god himself. It is sad to think of not having the master strokes on the field. 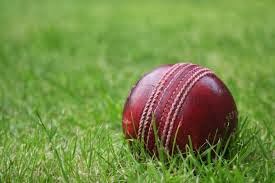 Sachin has been widely compared with the greatest batsman of all time, Don Bradman, who himself admitted that Sachin's style was the closest to that of his own. Tendulkar is the most discussed cricketer in the world. After 1983 we won the world cup in 2011. I am not cricket savvy. I usually watch it to check out the easily embedded glitz and glamour in the wraps of bat and ball but I got over excited when Kolkota knight riders won last year’s IPL as I wanted SRK’s team to win and I got feverish during the India vs.  Srilanka final match during 2011 world cup. We had a half day office that day and there was a screening in the office amphitheatre and also in the activity area of our apartment.

Finally when we won the match the vociferous jam packed crowds created so much noise that I had to plug my ears with cotton and sleep. Meetings were postponed. Clients were requested to postpone their reviews to some other date. The reason was loud and clear- “World cup finals in which India is playing.” Even foreigners were amused seeing our love. It was like an unofficial national holiday on the world cup final’s day and our God Sachin’s dream came true. Celebrations lasted for weeks.

All this goes to prove that cricket is one such huge religion in India which bridges the gap between all religions and Sachin remains our favourite God :-  )