Now this is one proverbial phrase that has been tweaked a lot for motivation and fun purposes. Those who know me, know that even I have exploited this one a couple of times. But before we go into my take on the phrase, let us understand the origin.

It was in 1915 when Christian anarchist writer Elbert Hubbard wrote an obituary for actor Marshall P. Wilder and used the lemon-lemonade connection for the first time. It was written to show how the dwarf actor had risen above his disabilities and stayed optimistic.

"He was a walking refutation of that dogmatic statement, Mens sana in corpore sano. His was a sound mind in an unsound body. He proved the eternal paradox of things. He cashed in on his disabilities. He picked up the lemons that Fate had sent him and started a lemonade-stand."

Such thoughtful words! Who knew then that this lemon-lemonade connection would be used generously as a phrase in years to come. Well, it will complete a century the next year!

My version of the phrase is: When life gives you lemons, just take them. Lemons are pretty expensive now. Yesterday, I went veggie shopping and the vendor quoted INR 5 for one tiny lemon. Seriously? Really unfair this summer. Talk about lemonade!

But on a serious note, the phrase really guides us in tough times. Look at the amazing people who did so well despite the lemons life threw at them and I bet you'll be so inspired:
Ludwig van Beethoven: Who hasn't heard the German composer and pianist! Some of us have his tunes as our ringtones today.  Around 1796, his hearing began to deteriorate, resulting in deafness over a period of time. Yet, he continued to compose and produced some of his best works.

Stephen Hawking: We just need to read his story whenever we feel we are unable to do something. In 1963, he contracted motor neurone disease and was told he has two years to live. The bight mind continued to study, lived every day to the fullest and today he is the most brilliant theoretical physicists and is often compared to Einstein. 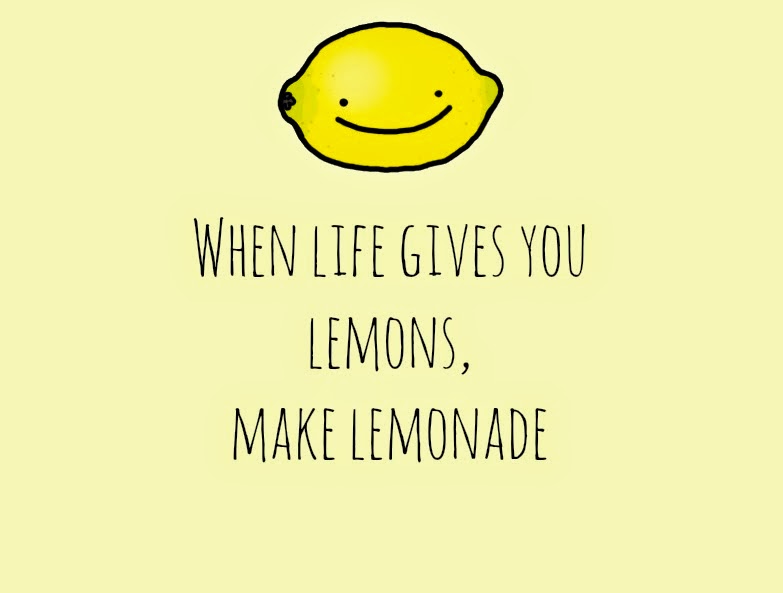 Sudha Chandran: She met with an accident and her right leg had to be amputated. She continues to dance gracefully with an artificial leg and is a renowned actress and Bharatanatyam dancer performing worldwide.


The people who made lemonade out of the lemons are aplenty. And the most beautiful thing they continue to do is inspiring us and enabling us believe in ourselves. So whenever you feel everything's going against you, just read about such great people and focus your energy on thinking what all you can do with the lemons.

Anuradha
Posted by Unknown at 13:09